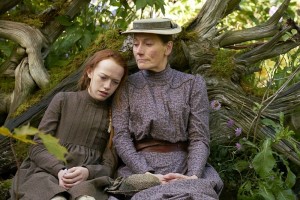 NOTE: Now that “Anne with an E” has dropped here in the US on Netflix, the conversation–and controversy–have ramped up even more. “I don’t see why we need a ‘gritty’ Anne,” one fan ranted, while others are loving the more complex, authentic heroine, trauma-induced warts and all.

I welcome to the guest blog one of my oldest friends, trauma advocate Heather Anne Tuba, whom I met in Grade 7. After high school, we drifted apart for almost 30 years, until she got her hands on a copy of “Anne of Green Gables, My Daughter and Me.”

Since then, she’s been in my life as an old/new friend, and a fellow fan of Anne. Living in Winnipeg, my hometown, with her family, Heather and the whole Tuba clan watched “Anne with an E” unfold week by week on Canadian TV. She has some exceptionally insightful thoughts about how trauma has shaped this new, darker, “grittier” Anne.

I also think they are valuable for anyone who has adopted an older child, like Matthew and Marilla adopted Anne at age 11 in the book and 13 in the series.

I am going to watch the whole series again with Heather’s insights tucked in my pocket!

7 Thoughts on Trauma, Orphans, and “Anne with an

Would you like to delve deeper into the new Anne with an E series?

What if you could understand some of the off-book diversions a little better? (Maybe not all, but some!)

What if a little information is all you need to embrace the new Anne?

Before I suggest how to do this, let me clarify. Like so many Anne fans, I was deeply concerned by the announcement of this new series. What possible improvements could there be to the books and the 1985 television miniseries (minus that one episode, which should never, ever be spoken of)? Then came the shocking announcement that the executive producer was Moira Walley-Beckett of Breaking Bad. Never mind that I had never once laid eyes upon thus said series. I hastily added my voice to the collective sentiment of fear and trembling of what was to become of this beloved classic.

However, I trusted my friend, Lorilee. After all, she’s a seasoned entertainment writer with a proven track record of impeccable choices in television viewing. (Yes to This is Us!) I felt encouraged me to cautiously consider this new Anne.

So, when Anne launched in Canada in March, I took the plunge. By the end of the two-hour premiere, I was sold—not because the series is by the book, which it isn’t– but because the themes of trauma, loss, orphans, and redemption spoke to my heart.

You see, I write and speak about the impact of childhood trauma on survivors and their loved ones. Childhood trauma is an accurately-portrayed theme in this adaptation. Ironically, one week after viewing the premiere, I headed to a 5-day trauma conference. At the conference, I gathered more information on the topic and was delighted to find that it helped me delve deeper into the world of Anne.

I’m not suggesting that you need to embrace every off-the-book scene and character. However, understanding the impact of childhood trauma, neglect and yes, possible abuse during Anne’s first eleven years helped me to embrace the themes and symbolism of Anne with an E.

I’ve put together a list of seven key concepts to help you delve deeper into the world of Anne with an E.

The presence of a consistently attuned caregiver.

After the death of her parents, Anne is shuttled from the orphanage to homes, where she is neglected and mistreated. Anne did not have the stable presence of one caring and comforting presence during these vulnerable early childhood years. Children that grow up in such settings are impacted physically and psychologically. Developmentally, these years are a time of rapid growth in the brain. The brain is learning to connect and trust. If there is no safety, the child’s development is affected. Such is the case for Anne.

In Episode 2, Anne eloquently expresses the damage of inconsistent caregiving with this statement to Diana.

“But I feel they could send me away at any moment. I just don’t want to get too attached—not if it’s all going to disappear.”

The presence of a caregiver who responds to the child’s needs.

Anne’s needs are most certainly not met by the supposed-caregivers at the orphanage or in the homes in which she is placed. Instead, Anne is forced to deny her needs and to care for others.

Until Matthew and Marilla, no one watches out for Anne.

Episode 2 gives us hope for the healing and restoration of the orphan, Anne. (Yes, I know this is an off-book episode, but hear me out!) Matthew’s desperate search for his new charge symbolizes his attunement to Anne’s deep needs. He goes to all lengths to find the orphan and when he does, he calls her “my daughter”.  I suspect the writers wanted to portray the deep rejection within Anne. Would she have gone with Matthew had he not called out to her with the word ‘daughter’? We don’t know.

The gift of the name ‘Cuthbert’ further cements belonging for Anne. Matthew and Marilla allow Anne to sign and resign the family Bible. The two new parents intuitively recognize the importance of this gift to their new charge and allow her to receive full benefit from the signing ceremony.

Trauma is any experience that leaves an individual feeling powerless, in terror, or fearing for their safety. Developmental trauma refers to trauma, often ongoing, that takes place from infancy through adolescence.

Prior to her arrival at Green Gables, Anne is exposed to neglect, physical, verbal and emotional abuse. She also overhears things that Matthew so wisely put as “. . . things girls her age shouldn’t know about.”

Exposure to one or more prevents the child from healthy physical, mental, and emotional development.

A mark or stain of disgrace.

The new Anne does an excellent job of exposing deep-rooted prejudice and disdain of orphans—a fact that is lost to us today. The picnic scene in episode 2 paints a disturbing picture of the commentary to which Anne and now, Marilla and Matthew as her new family are exposed.

Themes of stigma and societal prejudice are woven throughout the series as the producers also address gender, age, poverty, education, and sexual orientation.

Regulation means the ability to manage and calm one’s emotions.

Anne’s emotional exuberance is absolutely endearing. But she is prone to emotional swings. One minute she’s up and, well, the next she is down.

These types of extreme emotional reactions are quite common for individuals with a history of childhood trauma. If there is not consistent and attuned caregiving coupled with neglect and abuse, children do not learn healthy emotional expression nor the ability to calm themselves. Parents are to mirror healthy emotions to their little ones and, subsequently teach their children how to soothe distressing feelings.

Unfortunately, after the death of her parents, there is no one to do this for Anne. Not only that, but without the availability of comforting caregivers, she lives in a constant state of stress resulting in heightened emotional responses.

Anne’s wild emotional reactions are what makes her endearing, but they are also what make her character difficult as Marilla so bluntly states in Episode 5:

“You are a genius for getting into trouble.”

As the series unfolds, we see Anne’s ability to control her outbursts and behave in calm and wise way.  Anne’s raw emotions are tempered by the soothing and strong presence of her caregivers. It is a beautiful thing to witness.

Escaping into an imaginary world is common for children, but perhaps more so for neglected children. The brain has built-in protective mechanisms that allow children to mentally flee when they cannot physically do so. It is an incredible, life-saving way the brain protects these children who are in unbearable situations. It’s possible that Anne’s seamless ability to slide in and out of her imagination is a sign of the depth of neglect she suffered. Cordelia, Katie, and Grizelda are as real as the physical world to her. These ‘friends’ help soothe her loneliness.

However, we start to see how Anne’s imagination, once so necessary, is now becoming a hindrance. In episode 4, she burns the pie!

Anne’s newfound security with new friends, Diana and Ruby along with the stable presence of Matthew and Marilla mean that her imaginary friends may no longer be needed. In a touching scene, Anne intuitively knows that she no longer needs her imaginary friend, Katie. We see her bid a final goodbye in Episode 4.

Integration occurs when the trauma of the past takes its place in a person’s life story. It is no longer intrusive or cut off. It exists as part of one’s life history.

With enough safety and security from the consistent presence of loving caregivers, the traumatic events of the past begin to loosen their grip on Anne. Intrusive memories of the past lessen. She behaves with maturity and wisdom—especially in the midst of a crisis.

First of all, there is the heroic saving of Minnie Mae. Anne’s experiences caring for children serve her well as she calmly directs a desperate situation.

Secondly, Anne is a strong and stable support for Marilla who faces the potential loss of Green Gables. Listen to Anne’s wise words as she firmly tells Marilla that she is going to accompany her to the bank to deal with the recalled loan.

“I know for a fact that when one is under stress it’s hard to hear what’s being said. It’s as if the person is speaking under water.”

This last episode speaks of healing and redemption of our beloved Anne.

Again, I am not advocating carte blanche acceptance of every off-book scene and characterization in this new adaption. I found some scenes (SPOILER ALERT: Matthew’s near-miss suicide attempt) a bit far-fetched.

However, a little information about a few key concepts goes a long way. It helps me, and I hope you, to understand and to embrace the nuances of Anne with an E.

What do you think?

Does this information help you understand Anne with an E?

What do you think about the impact of Anne’s early childhood on her character?

Let me know in the comments or social media. 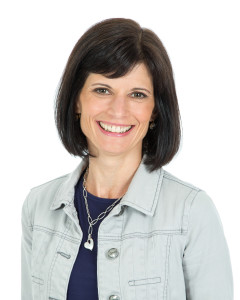 Hey! Thank you for coming to see me on my new blog: "Peace, Love, and Raspberry Cordial"! What does PLRC mean? It ties … END_OF_DOCUMENT_TOKEN_TO_BE_REPLACED